The Glyderau (a Welsh plural form, also known in English as the Glyders) are a mountain group in Snowdonia, North Wales. The name derives from the highest peaks in the range, Glyder Fawr and Glyder Fach. According to Sir Ifor Williams, “Glyder” derives from the Welsh word “Cludair”, meaning a heap of stones.

I recommend this area for hiking, scrambling and climbing. The core rocky part is not big, I would say quite limited, however it is definitely worth a visit. Go there early in the morning to avoid congestion. As soon as you go above the first two lakes you’ll see a lot less people. There are few scrambling lines calling for a lot of people and unfortunately I noticed a lot of people bringing dogs scumbling with them. It is not their natural habitat and they end up carrying the dogs exposing both the owner and the dog to unnecessary risks.

I have spent a few days in Glyderau, and plan to return soon to prepare for my mountain leader qualification. 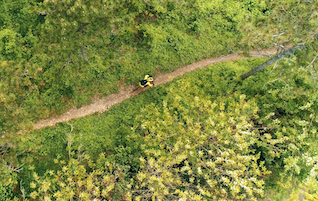